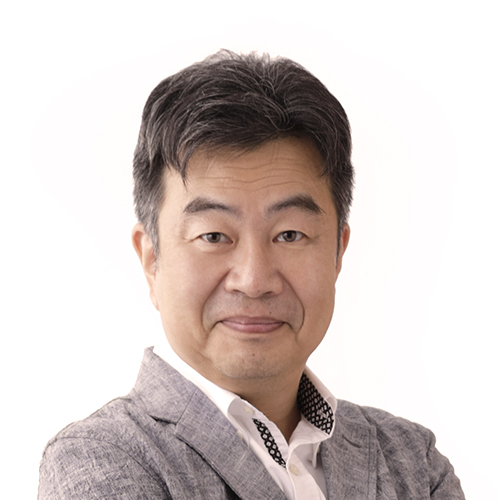 Since the establishment of GLOCOM, I have been involved in a variety of research projects in industry, government, academia, and the private sector, and in the 1990s I was involved in a project to promote the dissemination of information from Japan to the world using the GLOCOM Website, which was one of the first social science research institutes to be established. I also received municipal life expectancy data on floppy disks from the then Ministry of Health and Welfare, and by displaying the data on a color-coded map of Japan, I was able to “visualize” the actual state of life expectancy in Japan. This was a pioneer project in big data analysis. In addition, we led the “Media Kids Project,” an advanced experiment having children use the Internet, and realized inter-school exchange among 130 elementary, junior high and high schools across Japan. I have also been involved in many other pioneering and exciting projects as the Internet has gone broadband and become ubiquitous.

For the past 10 years, I have been focusing on the core services of IT business, conducting advanced demonstration experiments on information security and empirical research on the trend of server outsourcing, etc. Since 2008, I have been leading the Cloud Computing Business Study Group (formerly known as Server Hosting Business Study Group), which is an industry-academia collaboration. Since 2011, I have been involved in research on the theme of ICT and the earthquake disaster, and have visited elementary and junior high schools in Fukushima, Miyagi, and Iwate prefectures more than 100 times to support children’s activities to express their gratitude for the support from all over Japan through blogs and other means.

Recently, I have been strongly interested in the new possibilities that IoT and artificial intelligence can bring to business. In addition, I am actively engaged in research and consulting on IT promotion in Okinawa Prefecture.