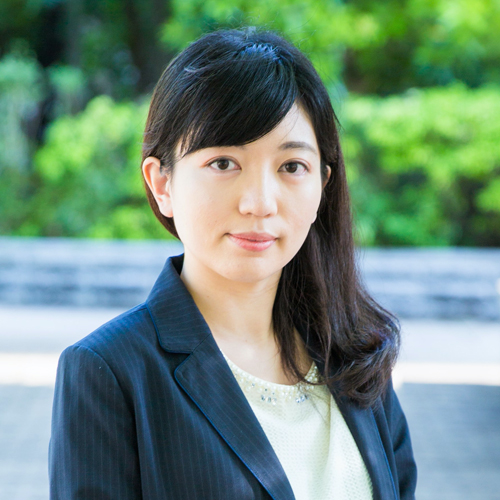 Naoko became interested in the process of generation and dissemination of scientific knowledge while studying in a science department. Thus, she switched her research field to cultural anthropology, which is more closely related to laboratory studies.

During her master’s program, she focused on STS (Science, Technology, and Society), and also conducted field surveys with the cooperation of Peptidream Inc, a drug discovery start-up from the University of Tokyo, and the University of TODAI TLO, a subsidiary of the University of Tokyo. Through this research, she clarified the process of how scientific knowledge is created in academia and then turned into a product by involving stakeholders while being given commercial value.

In addition, through traditional anthropological research that she was studying in parallel with STS research, she became interested in participant observation and ethnography, which are typical research methodologies in cultural anthropology, and began to think about their application to business. In the development process of products and services, it is important to have a thorough understanding of user psychology and affordances, so she figured that cultural anthropologists could gain useful knowledge by conducting participant observation of users. This gave Naoko the idea to establish IDEAFUND Co., Ltd.

In cultural anthropology, it has become difficult to discuss the universality of human beings. On the other hand, capitalism has spread its roots to every corner of our daily lives, and it seems that there is nothing that is not sold in our daily lives. The momentum of capitalism surrounding us is so powerful that we can even hear the sound of it swallowing and homogenizing even cultures that are incompatible with capitalism.

One of the most important aspects of capitalism is finance. In the world of finance, even the future value of various things is instantaneously quantified and redefined through trading. Naoko would like to think about how this digitization of value interacts with the diversity of human culture.

In the course of her work in finance, she became increasingly aware of the relative value of qualitative knowledge that cannot be digitized and will continue to remain in the future.
Based on these thoughts, IDEAFUND was established in 2018 by Naoko, with the banner of “make capitalism interesting with ideas”. By utilizing the methodology of cultural anthropology to steadily clarify the aspects of human characteristics and culture that remain or are changing in the midst of capitalism, she is pursuing various ways of capitalism.

Born in Saga Prefecture, Japan in 1989.
Graduated from the Faculty of Liberal Arts, University of Tokyo. Completed the master’s program at the Graduate School of Arts and Sciences, the University of Tokyo, specializing in cultural anthropology. While enrolled in the master’s program, she was interested in applying the methodology of cultural anthropology to user research, so she undertook overseas research projects individually. As member of Mizuho Bank Head Office Sales Department 17, she engaged in corporate finance for major telecommunications company groups. Established IDEAFUND Co., Ltd. in 2018 and assumed the post of representative director. At IDEAFUND, she has been involved in business development and product development of both domestic and overseas clients by conducting many surveys utilizing methods such as fieldwork and in-depth interviews.
Senior Researcher at GLOCOM International University, Advisor to Showa Ikeda Memorial Foundation. See also her book: ”Idea Capitalism: Frontier of Capitalism from an anthropologist’s standpoint” (Jitsugyo no Nihonsha).