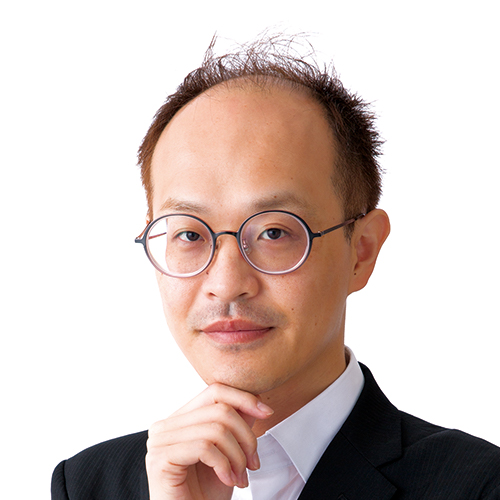 I am conducting basic and applied research on the recognition of media content, the realization of creative ecosystems, the construction of frameworks for decision-making using big data, and the clarification of decision-making and consensus-building processes, using data mining, Kansei information processing, and semantic and contextual processing technologies as core technologies.

The essence of big data and artificial intelligence, which have been the focus of much attention in recent years, is to construct systems using big data and to make optimal “decisions” based on the analysis results.
I am engaged in research and development of data mining methods to derive knowledge that enables “decision making” based on continuously accumulated data.

Through these methods, I am not only to realize a data ecosystem that enhances human creativity, but also to elucidate and realize the human “decision-making” and “consensus-building” processes using data, and furthermore, to develop the science of human knowledge creation.

Born in Ise City, Mie Prefecture, Japan, in 1978, Takafumi received his Ph.D. in Engineering from the Graduate School of Systems and Information Engineering, University of Tsukuba in March 2006. He has been engaged in research and development of knowledge cluster systems and large-scale data analysis and visualization methods at the National Institute of Information and Communications Technology (NICT) and is Associate Professor at the Department of Data Science, Faculty of Engineering, Musashino University. He is also a visiting professor at the Graduate School of Digital Hollywood University. His research interests include data mining, big data analysis systems, integrated databases, Kansei information processing, and media content analysis.